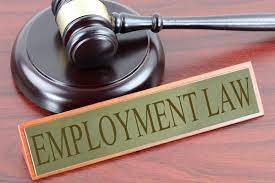 The Challenge of Coming Forward. You may know that you are being discriminated against, but proving it is an entirely different matter. It is unlikely that an employer will specifically admit to racial discrimination. The difficulty in proving it adds to the frustration, isolation, withdrawal, self-doubt and lack of self-confidence that you are already experiencing. The resulting stress can spill over into family relationships and other aspects of your life. All people, especially African Americans, want to appear strong and are hesitant to talk about such personal things with therapist and other strangers. Nevertheless, when your job and your life is being impacted in a negative way, employers have to take notice. One viable and effective solution is to talk to discrimination lawyers. Besides being able to determine if you have a legal claim against an employer, discrimination lawyers will have the resources to help you cope with the emotional stress created by racial bias in the workplace. These resources might include networking and support groups, professional organizations, therapy or counseling, and job coaching.